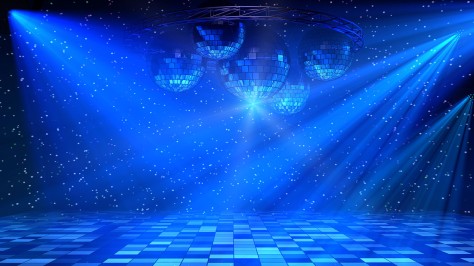 Tonight’s improver’s class was on using the cross to change direction.

We started by practicing the cross. I had, the first time around, found that deceptively difficult for some reason. I subsequently got the hang of it, but I know there’s a vast chasm between a cross that works and a really good one, so I was more than happy to get more practice at it.

We then moved on to using it to change direction …

The actual steps taught were a little unclear to me at first. I did subsequently get the hang off them, though they feel a little complex to ever use in a milonga. However, they introduced two really useful principles.

The steps were: a backward step with a 90-degree turn in it; a side-step (which, because of the turn, is now in the line of dance); a leader-only change of weight and then pivoting the follower (which is essentially a single ocho); and an outside walk leading to a cross – but from the opposite foot than usual.

The first principle was that the sideways backstep allows a subsequent side-step to be in the line of dance – something that could be very useful when there are more than two lanes and there isn’t room to step to the side.

The second was the way it effectively allows an ocho to be done within the couple’s own space. It was similar to the circular ocho Diego showed me, but effectively you do the 90-degree turn first. I could see how the same principle could be used for other pivots in a small space.

But perhaps more useful was a combination of input from the teachers, and a realisation of my own.

I didn’t catch the names of the teacher, who were were called in at the last minute; Federico and Julia are on holiday, and Pablo was unable to make it at short notice, so called in a couple I hadn’t met before.

Bridgitta once talked about ‘dancing the corrections‘: when I found myself suddenly aware of a technical issue, rather than abruptly correcting it, to do so in a way that feels like part of the dance. For example, if I found myself gripping my follower’s hand too rightly, to use a pause to open the hand and then close it again more softly.

The teachers tonight talked about the importance of remembering that every step is dance. For example, it can be tempting to think of the side-step as just a necessary entry to the first part of the cross. They reminded us to ensure that the side-step feels like dance, not just a precursor to the thing we really want to do.

That’s one of the things Iona talks about in Our Tango World – that a lot of what we need to be told is not new information but a reminder of things we already know but which have gotten lost along the way. That was one of those for me.

And the realisation of my own …

A brief bit of background: I always try to make the thing we’re learning be musical, and I also do some walking between repetitions of whatever we’re practicing, so it feels more like part of the dance. But I try not to introduce anything else because I don’t want to confuse my follower. So, if we get stuck behind someone, I will tend to keep it really simple. If there’s space in another direction, then I’ll use some rock-steps or rebounds to turn us, and if not, then do some weight-changes until space opens up.

But I actually think that’s counterproductive, both for me and for them. Because in the real world, whatever we’re learning could be introduced at any point, from anything else. So it’s useful for me to practice different routes in, and it’s useful for a follower to be ready to follow it at an unknown point. So I think in future I’ll treat lessons a little more like dance.

Sure, I’ll still be aiming for as many repetitions as possible of the thing we’re learning – that’s the point of a class. But I’ll aim to have the whole thing, from start to finish, feel like dance.

Sales people have a saying: Always Be Closing. Instead of thinking of the sales process as some stuff you do before you close the sale, everything is about closing. The tango equivalent is now my goal: whether it’s a lesson, a practica or a milonga … Always Be Dancing.

2 thoughts on “Always Be Dancing”