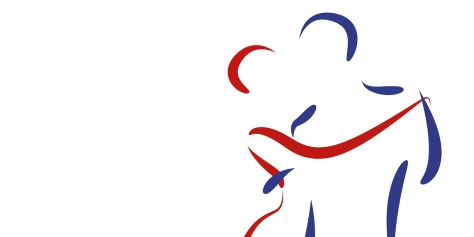 Last lesson with Mariano, we just briefly tried the medio giro at the end. Not enough to get a feel for it, but just a taster. So I was rather expecting to pick up this evening where we left off, but no, Mariano and Steph decided we could dive straight into the full giro.

Amazingly, they were right …

Despite the fact that it looked really complicated when they demonstrated it, I found it was easier to simply try it than it was to visualise it clearly in my head beforehand. Not that I can do it well, of course, and it’ll be some time yet before I dream of attempting it in a milonga, but it was basically working.

The pivot theory is completely confirmed: I really was getting to grips with the principle of pivots, not just taking forever to learn the ocho. And it’s absolutely true that once you manage one pivot, others are massively easier. Within that one 45-minute lesson, Mariano was also throwing in a sacada (for those new to tango, a move which creates the optical illusion of kicking away a follower’s leg). Not long ago, I would have been wondering what the hell he was thinking by introducing two new things into one short lesson.

Something else was confirmed too. While I wanted to limit my learning to a very small number of figures, and then work on doing those as well as possible, Mariano and Steph argued that tango doesn’t really work like that. Because everything is connected to everything else, learning how to do one figure will improve another. For example, knowing how to do a full giro will make a medio (half) giro easier. Being able to lead an ocho makes for a better ocho cortado. And so on. I can now properly appreciate this.

So I’m going with the flow. I’ll let them throw in whatever they think is useful. The fixed cycle of the Tango Space beginner’s course is a handy timeframe, so once I’ve completed that – and done whatever Mariano, Maeve and Bridgitta throw at me between them during that time – then I can take stock of where I am. At that point, I can figure out what I actually want to be able to do in a dance, and the best way to apply what I’ve learned to that goal.

‘Going with the flow’ is kind of my anthem for tango at present. Obviously that’s a given with group classes: there’s a topic, and an objective, and the students need to go with it. (There’s a whole bunch of things I could say about the strengths and weaknesses of both private and group lessons, and why I think a mixture is ideal, but I’ll save that for another blog post.)

Similarly, when my lead is unclear, and a follower does something unexpected, I’m seeing that the trick is simply to figure out what they are actually doing and go with it. In fact, do this smoothly enough and the follower won’t even know I made a mistake in the first place – as far as she’s concerned, she did what I led. Which is probably indeed the case.

More than this, making mistakes can be a real help with a skill I will need to develop further down the road. With two skilled dancers, the nature of the leading and following process evolves. The leader will suggest something and the follower will interpret it in her own way, allowing her personality as a dancer to be expressed. A good leader will also be able to pick up on suggestions from the follower. Realising that, oops, the follower isn’t doing what I intended, and being able to go with it, is the first baby step in that direction.

Mariano also warned that there are followers who learned from instructors who teach fixed sequences. Whether it’s the dreaded ‘8-step basic’ or simply that a giro always needs a complete rotation. He says that occasionally he will dance with a follower who will follow the first half of his lead and then complete what they think comes next even if Mariano was going to lead something else. So that too is another case where the skill is realising what’s going on and running with it.

Finally, I’m been doing my best to follow Bridgitta’s suggestion for practicing musical expression on my own. What this has mostly looked like is doing vaguely tango-like steps in freeform format. Whether I could lead that kind of movement was a big unknown, but a quick test with Steph showed that, yes, I can! With an experienced follower, anyway. And Steph said it felt fluid and musical.

The executive summary, then, is I’m extremely happy with where I am and where I’m headed. I’m going to give Maeve and Bridgitta the same free rein to teach whatever they think is most useful. And I’ll also go with the flow in terms of whatever pace works when it comes to transferring skills from the classroom to the pista.

By happy coincidence, the theme of the coming week’s Tango Space lessons is … the medio giro.