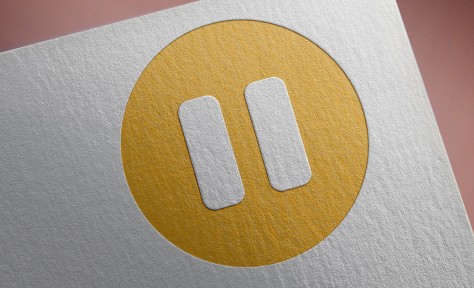 Tonight was the monthly Tango Space workshop, this one on the three rhythms of tango: tango, vals and milonga. For those new to tango, see this backlink.

I was already familiar with the theory, and a little of the practice. But it was great to get some concrete tips and to have an opportunity to try to put them into practice in a milonga environment; when the workshops are as busy as tonight, you effectively get a crowded milonga for the exercises …

Pablo and Anne started with tango, and demonstrated that there’s one other figure I could be using much more powerfully: pauses, or suspensions.

I frequently mark the end of a phrase by pausing for a beat, but tonight focused on how a longer pause can be used to add drama and interest. I’ve seen it in countless performance videos, but for some reason (which I later figured out) it’s never really occurred to me to use it myself. Pablo and Anne demonstrated pausing for half a phrase, or even an entire phrase.

One thing that wasn’t immediately obvious to me is the definition of a pause in tango: anytime you are not changing weight. For example, taking a side-step on beat one and then taking the other seven beats to slowly collect the foot. That slow-motion collection is a pause. Similarly, you can be standing still on one foot and very slowly turning the upper body ready for the next step, and that’s still a pause.

We practiced that, and Pablo also answered one question I had about pauses: they seem to fit well with slower, dramatic pieces, but how do you do them in a song with a more relentless beat? Pablo explained that you can switch to following a different instrument, for example, the violins, and then it becomes more obvious how you can slow the pace and include pauses.

My balance is definitely improving, but slowly collecting a foot for seven beats showed me I have more work to do there! I managed it without using my partner for balance, but it was definitely not the smooth, solid movement I’d like it to be.

Pablo and Anne also introduced a new-to-me variation on the medio-giro, where the leader walks around the follower. I tried that a few times, and while I won’t claim they were pretty – the exits definitely weren’t – the movement essentially worked.

I didn’t feel confident attempting giros with fellow beginners who may or may not be familiar with them, and especially on a crowded floor, but I did briefly consider it, which is already a good sign.

I’m still very new to circular movements, and haven’t yet used giros in a milonga, but I do think I get the feel of a vals right with my very limited vocabulary. We danced about three of these (though not as a single tanda – with additional guidance between each).

I used circular steps, lots of rebounds and – hurrah! – a walking back ocho. My vals isn’t exactly the most varied dance, but it does definitely feel like a vals, so I’m happy with that for now, and looking forward to being able to add giros, medio-giros and more in time.

Pablo came over at one point to let me know that although you can allow your shoulders to move a little more in vals than in tango, it shouldn’t be a bobbing motion. I do get a little carried away with the feel, I think! Will have to watch that one.

I think after tonight I’m going to officially say that milonga no longer scares me!

Pablo and Anne demonstrated how you can use a six-step box pattern to keep things simple in milonga, which is undoubtedly a big help to those who have been taught it … I wasn’t going to attempt to learn any new steps at milonga speeds, so I just focused on the rhythm.

Indeed, even the simpler box-pattern that Steph showed me and Bridgitta refined still feels like a lot to think about on a crowded floor, so I just used a mix of short steps – forward, side and back – and lots and lots of rebounds. As with my vals, it’s probably a bit repetitive at present, but again the feel was right (syncopation aside – that’s an ambition for later!).

One rather counter-intuitive tip that made a huge difference was keeping a tight embrace. With tango, I’d started in open embrace and worked up to close embrace, but with milonga it’s actually way easier to lead in a very close embrace, as the follower comes with you without any delay or uncertainty.

I’d read that tango, when it is danced well, should feel like a single dancer with four legs. That, when I read it, sounded like some exceedingly distant ambition. But dancing milonga in a tight embrace really did feel like that! Our bodies were moving as a single unit.

Our feet, not always! I do need to reduce the size of the steps further, and felt bad when I managed to step on the foot of a follower who’d already had someone else do it rather more forcefully. I think she concluded that open-toe shoes and milonga with beginners is not a good mix.

I do also need to get one of my teachers to show me how to do an outside walk in very tight embrace – I couldn’t manage that at all, and it would add some variety.

But overall, I was absolutely amazed how well it worked. And I am, finally, agreeing with Steph’s assertion that it’s great fun!

I’ve mentioned before that group classes are great for providing an opportunity to dance with lots of fellow beginners – the best way to assess the quality of my lead. If a fellow beginner can follow smoothly, then I’ll call it a win.

And mostly that was the experience I had this evening. I still made mistakes, of course. There were still moments when I thought I’d led one thing and my follower did something else. But I’d say 97% of the time, it worked.

When it didn’t, I think it was about 50/50 in terms of how well I recovered. About half the time, we ended up out of sync and I had to pause, do a weight-change and then set off again. But the other half of the time, I was either able to follow my follower, or at least find an immediate way out.

One challenge I still have is keeping my head up. I do look where I’m going – which definitely puts me ahead of some – but have a tendency to have my head angled somewhat downward. I’m practicing with a bean-bag on my head at home, and my teachers and Steph are all reminding me, so I’ll get there.

One win on the navigation front. The floor was a little chaotic, and not everyone was looking where they were going. One time, I saw an unsighted couple heading diagonally toward us from the outside lane and didn’t have anywhere to go to get out of their way, but did manage to lead a turn swiftly enough they they collided harmlessly with my back, rather than hitting my follower.

Overall, a really great evening! I’m incredibly impressed by how much value Pablo and Anne manage to pack into a two-hour group class in these workshops, and really feel like I’m making progress.

A milestone on that two-year journey

When I wrote about the two-year journey – effectively the period of time you typically remain a beginner – several people were quick to point out that you can have fun in milongas way before then. Four months in, I’m now at that point.

Not that I haven’t had fun before, of course – I absolutely have. But it’s so far felt like a huge amount of concentration, and I’m sure my facial expression has been more one of grim determination than anything resembling a smile. Tonight, though, I was definitely smiling at times as I danced. And it now feels like the work and pleasure aspects of dancing in a milonga are rather more evenly balanced.

I’m still not going to be cabaceoing random followers at a milonga anytime soon; I’ll stick to women I know, or at least to those who know I’m a beginner. But I will be dancing, and will be having fun doing so.

4 thoughts on “The power of pausing, the three rhythms of tango – and fun!”