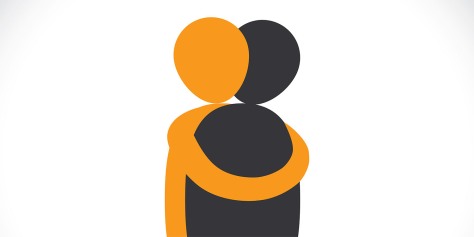 Today’s lesson with Mariano felt like that Tango Cynic infomercial – only my version would be ‘you think you can embrace; you cannot’ …

For the longest time, my shoulders had been tense. Largely, I think, because much of the journey, the whole learning process had felt really hard.

I finally reached a point of relaxation with my tango, and with that came relaxed shoulders. But then both Bridgitta and Steph told me that my left arm needed more presence. Which confused the hell out of me because they seemed to be asking me to put back the tension I’d only just managed to lose!

But Bridgitta helped me identify the muscles that needed to be activated to create a good frame, and Steph suggested we use today’s lesson to work on that. Mariano had me think of my whole body as a lever, with my hips as the pivot. The idea is that there’s engagement throughout the body, and the arms are one end of that lever.

It feels tricky to think in these terms, especially as I’m still working so hard to have my arms move only with my chest, but Mariano gave me an exercise to do with Steph. Doing that, Steph could feel a difference, and Mariano said he could see a big difference. If I can work on being consistent with that, I would, he said, have an embrace that would be good for ‘the first year … to ten years.’

We then tried it with ochos. At which point my tango brain pointed out that with each extra thing it has to think about, something has to get dropped – and in this case, it opted to drop the bit about remembering how to do an ocho.

But I have the basic idea now of what I’m trying to change. Mariano suggested practicing on my own with a beach ball or similar, so I have something to lightly engage my muscles while practicing my walk. I am the only person on Amazon to have ordered a beach ball to use inside my own home.

Meantime, the tango-fest continues: this blog post was written en-route to tonight’s Tango Space workshop – of which more later …