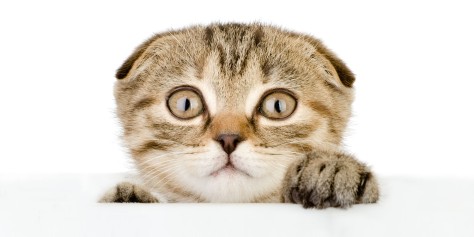 My usual approach to Tango Space lessons does seem to do the trick: do beginner, Practica and improver classes on Monday; then the improver class on Tuesday (with the follow-on beginner class in reserve if I’m still struggling).

Federico and Julia on Monday start with the basic figure and then teach one or two variations – or, in this case, a couple of different exits. Hamsi and Amy on Tuesday tend to keep things simpler, with either one simple variation or none at all. Each approach has its strengths.

The Monday variations introduce me to new possibilities, even if I can’t get to grips with the whole thing. For example, one of the exits included a planeo and parada, and I hadn’t thought of linking them like that before.

The Tuesday class gives more time to work on technique. I feel this is what I need more than anything – coming back to my original goal of being able to do a few things well. While the interconnectedness of everything tango meant my original vision of learning only four or five things isn’t practical, the more chance I have to work on technique, the better.

It’s a real shame that a technique class Steph is taking[1] with Dante Culcuy and Miriam Orcutt is on a Tuesday, as it’s open to all levels, and the things they do apparently aren’t complicated. They do lots of solo exercises, and I can really see the value in this, but it clashes with the Tango Space class and milonga. I could switch to doing the Monday and Thursday classes, but there’s no improver’s class then, and it’s also great having a milonga with lots of people I know, including fellow beginners.

[1] Actually, she has planned to take it many times, but so far made it there once …

The Tuesday improver class didn’t do either of the exits covered on Monday, so I didn’t get the chance to see whether I could consistently get to grips with the first version, but the principle employed meant that I was able to smoothly exit the calesita, so I was happy with that.

I danced a couple of tandas in the milonga, which was quite crowded. I was trying to employ one or two of the things Diego taught me for dancing in small spaces, but it seems I haven’t quite got the hang of distinguishing between leading a circular ocho and a giro. That may be a leading issue on my part, or simply that the followers I was dancing with weren’t aware a circular ocho was an option; I’ll have to get some feedback on that next time I get the chance to dance with an experienced dancer.

But in general with milongas, I find myself shrinking back into my Minimal Comfort Zone. I’ve talked before about my three levels:

I think I need to set myself a kind of milonga resolution: each tanda, if not each dance, I will use one thing I don’t normally do. I don’t mean shoe-horning something in that doesn’t fit the music, but rather finding a moment in the music that provides an opportunity for something from level 2. The Tuesday milongas are perfect for that as people are very often visibly practicing things they’ve just learned, and nobody minds if it’s very rough-and-ready. In this way, I can gradually expand my real-life vocabulary, promoting things from level 2 to level 3.

On Thursday, I have a ballet taster lesson. Not that I have any ballet dancing ambitions, you understand, but I thought it might give me some useful technique tips for improving balance and pivots. We shall see!

And on Friday, we’re off to Rotterdam to spend a weekend with Maral and Mariano, including attending their first ever milonga there. After that, the 10-week Tango Space cycle begins again – and this time around, I should be able to have more of my attention available for technique. Watch this space …