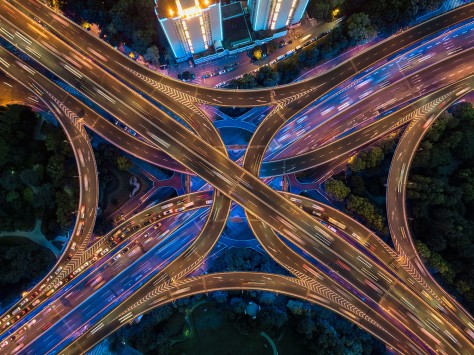 While I felt like I’d learned a lot about leading from my three hours of following, the proof is in the pudding – and tonight the pudding was served. Two of my regular followers in the Tango Space classes asked me what I’d been doing as they could really feel a difference.

I also got a little more unexpected following practice …

In the beginner’s class, we were down a few followers and up a lot of leaders. Julia suggested that the men pair up and take it in turns to follow, but I was happy to just follow for a while. Following in a crowded class was a new experience, and I really got a sense of how much the follower has to be able to trust the leader to avoid collisions.

I was also a halfway competent follower when it was just walking. Only halfway, mind, but still – not too shabby for three hours.

I hadn’t been much good at the cross the first time in the Tango Space cycle, but can reliably lead it now. My following experience also taught me to just give that extra moment of time for the follower to change weight before walking on.

In the 30-minute practica, the cross was working, and I also practiced the smaller medio-giro we’d been doing on Saturday. That gave me an opportunity to really practice the ‘springy stop’ with my left hand that I knew from my following experience was so important. I tried that with several followers, and it worked fantastically well with all of them. One very happy Ben.

I still struggle with some followers to end ochos, so asked one of my regular followers to help me with that. One method I’d used previously was to pivot with my follower and end up in front of her so she had nowhere to go, but some followers manage it anyway! M said that as the springy-stop I’d used for the medio-giro had been so clear, I should try that with the ocho on her forward step, and that then worked perfectly.

The improver lesson gave me my first experience of leading the cross in full close embrace, and that worked too – except for one follower. I’ve danced with her in a few different lessons, and for some reason it never quite works. There isn’t really time in a group class to get into the level of diagnosis that would need, but thinking about what Maeve taught about trying different levels of lead for different followers, next time I find myself dancing with her I’m going to aim to exaggerate my lead to see if that works.

The improver class also introduced a fun game. Julia took all the followers out of the room while Federico gave the leaders our Secret Instructions. We were to lead a one-step cross – and see whether it worked without the follower knowing what was coming.

The movement was: dissociate to the right before setting off, then take a single step forward on the left foot while re-associating. Amazingly, this did work!

Next we moved on to leading the cross in cross system. I had less success with that, but then I’ve done almost no walking in cross system, so that wasn’t a complete surprise. It worked some of the time, other times my follower wasn’t feeling the re-association clearly enough. I think that’s symptomatic of my limited level of hip-torso dissociation. The pivot exercise I learned in Dante’s class should help with that, I think.

Finally, the improver lesson went from cross-system cross into two paradas. Unsurprisingly, given that I was struggling with the first part of that, that was a step too far for me. It kind of worked with one follower, but only, I’m sure, because she knew what I was supposed to be leading.

But it did at least give me more sense of what a flexible tool a parada is. With experienced followers, an opportunity to hand over the reins. And with any follower, a good way to introduce a suspension or to slow down the dance.

So, two really useful lessons, and great confirmation of the value of my lessons in following. Tomorrow, it’s straight into the improver version – and we’ll see how complex the Tuesday variation proves to be! But will stay for the beginner lesson afterwards, and then see how much of Saturday’s workshop – Dancing in small spaces – I can put into practice in a milonga …