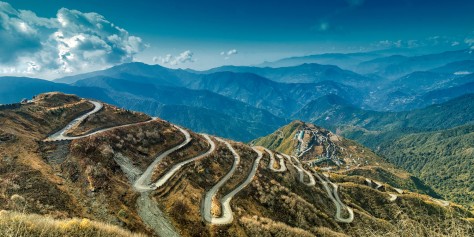 The beauty of being in the second cycle of the Tango Space beginner classes is that I’m no longer having to learn new steps, and can instead focus on my technique. Tonight’s topic was the back ocho, and I can lead workable ones, so I wasn’t going to have to worry about the what, and would be able to instead focus on the how.

That’s needed because, as I mentioned before, I’d been cheating in my ochos …

To give a really clear lead, and to feel like I’m staying with my follower, I was focused on my chest. But lacking the degree of dissociation I really want, I’m twisting my lower body somewhat too. Instead of nice, clean side-steps, I have kind of diagonal ones.

It works, and Diego’s advice to think chest and not worry so much about feet was exactly what I needed to hear at the time. But, to lead ochos properly, I have a lot of work to do on my dissociation.

The good news was that the beginner’s class was indeed a good opportunity to work on my technique, and I did feel I made some small progress in keeping my side steps to actual side steps rather than diagonal ones. However, as everyone in the class was on at least their second cycle, even the beginner class introduced something new …

However, it was working with all my followers, and although my first instinct was to say it felt a little awkward, I think in truth it merely felt unfamiliar. At this stage, in milongas, I’ll still be opening the embrace somewhat, but perhaps not as much as before. We’ll see after tomorrow night’s class.

The bad news was that Federico identified a second issue with my ocho lead: a tendency to dip my shoulders in the direction I’m dissociating. So that’s another technique element to work on tomorrow. I’m beginning to suspect a key skill for tango teachers is not so much identifying the priority issue for a student, but more the ability to keep quiet about the other 27 issues they will need to fix further down the line …

Another exercise we did in the improver class was walking in close embrace, with the leader taking the largest steps possible, and actively trying to step on the follower’s feet. I did that exercise with a follower who had the perfect combination of responsiveness and mirrored forward weight, so for me that was very easy. I’d be more wary with a light follower, but I think it was essentially a clever trick. It was a way of ensuring that followers would be motivated to really project and push when walking backwards, and giving the leaders permission to be dynamic in the walk without the usual background worry of stepping on the follower’s toes.

I practiced a little in the practica, but only with one follower, J, as we then got sidetracked by discussion of writing and theatre. She’s a former theatre sound engineer now doing a part-time degree in creative writing and English literature. We had a really interesting conversation, but next time I really must talk less and dance more …

The improver class introduced two further sequences. The first was a parada into some kind of clockwise giro, but using a variation on rebounds to turn. Watching the demo, I wasn’t understanding it at all. I couldn’t see the weight transfer, so wasn’t sure where Federico’s weight was during the turn.

Federico tried to lead me, but it didn’t really help. I was feeling the circular lead but not the steps. I kind of muddled through for a while with something that very definitely did feel awkward rather than unfamiliar, then Julia came to help. She asked me to lead her, and I said I just didn’t know what I was doing. She asked me to demonstrate how I’d do a turn with rebounds, which I did, then said ‘Exactly, do that, just smaller.’

I tried it with her, and it felt less awkward. I think the two keys are a follower who really dissociates, and realising that the leader sweeping the follower’s foot around was just an optical illusion. All the leader does is the tiny rebounds while opening to the right, and the follower’s feet take care of themselves.

My next attempt with a fellow student did feel better, though I can’t imagine using it in a milonga anytime soon.

The second part of the sequences was … stuff. My step memory had a buffer overflow on the very first part of it. However, the very last part of it was useful, as it provided another way to exit a back ocho. I’ve so far been exiting them by coming square to my follower and then changing weight without changing hers. That works, but options are always good. I’m not confident I’ll remember the alternative, but I videoed it so I can refresh my memory later.

A key to reducing stress in a crowded milonga is being able to make small movements interesting. I know from watching really great dancers that the smallest of movements can be musical if there’s enough intent and feeling of suspension between them, but whether someone at my level can achieve that is a big unknown.

I had an idea. Find a follower who’d be up for an experiment, fuel up with actitude and try it – then get her feedback afterwards on how it felt. Only for one song in a tanda in case the answer turns out to be ‘as boring as hell’ …

So I shall seek a willing volunteer for the experiment at tomorrow’s milonga. Before the class, I shall be working hard on refining my back ochos …

One thought on “Back to back ochos”