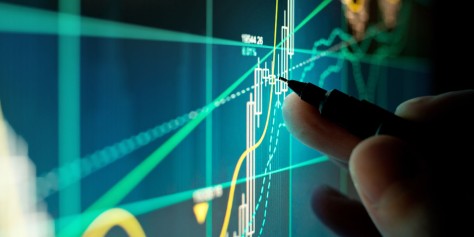 As things turned out, I had to work on Monday evening, so lost those two lessons. Still, I practiced in front of the mirror and it did seem like my side-steps were to the side, I wasn’t collapsing my inside shoulder to any notable degree, and I was giving a nice (if virtual) hand-push for the pivot. All that remained to be seen was whether this was a solo practice fiction or whether it manifested itself with a partner …

The good news was that it did – big time! The first person I danced with in the class, one of my regular partners, asked what I’d been doing as my dance was really different. ‘Better different or worse different?’ I asked, suspiciously, and was assured that it was the former.

A second follower in the class also complimented me on my ocho lead, and a third one did in the milonga afterwards. Blimey, you’d almost think that technique lessons work!

The topic of the class was ‘changing dynamics in the ochos.’ We started by switching front into back ochos, and vice-versa, and I used the two different ways I’ve been taught to do that. The first is holding my partner at the end of one pivot, and reversing her pivot. The second is simply to reverse direction and lead a straight forward or backward step without the pivot.

I’m always worried about what sorcery will be introduced in the second half of the improver class, especially as I’d missed my Monday classes this week. When Hamdi and Amy demonstrated it – a kind of rebound to the pivot in a front ocho – I wasn’t feeling any less worried. It looked difficult. Not complicated, but like it would be hard to lead, especially in real life, when the follower isn’t prepared for it.

But to my surprise, it turned out not to be difficult. Now, I should confess here that what was demonstrated was a very quick rebound, and what I led was a significantly slower one, but it worked well with all my partners. It also passed the usual test: I would lead a random number of ochos before doing it, and sometimes also do it on the very first ocho, and my followers all got it.

I felt confident enough to use it in the milonga afterwards, and it also worked well – including with followers who hadn’t been in the class.

I was having great fun. I danced almost non-stop. I think I only sat out one entire tanda, other times chatted during the first tanda and then danced.

I couldn’t even tell you everyone I danced with this evening – it was a lot! One thing I found: with normal ochos, circular ochos, switching ochos and the rebound ones, that enables what feels like enormous variety of dance while still doing nothing other than ochos and walking.

In several tandas, I tried the really right circular steps we did in Sunday’s lesson. With one follower, they worked absolutely beautifully. I was getting that lovely pivot action, and it all felt really fluid. With another, it worked, but didn’t feel so fluid. With a third, I think she wondered what I was playing at, and felt messier, but she was still following it.

I also tried a planeo with a follower who wasn’t sure whether she knew what it was (I’d taken the precaution of asking beforehand). It worked really well, and she said it felt wonderful. Memo to self: every time you’ve led one, the follower has said how great they feel. Be More Planeo.

Two of my regular partners were engaged in a rather intense conversation about politics when a vals came on. I was determined to salvage my vals from Saturday’s wreckage, so had to work rather hard to extract M from the conversation to dance. I was determined to keep it simple – walking, circular walking and rebounds – and did so for the first dance. But it seemed rude not to see whether ochos could work to vals, or, more accurately, whether mine could.

Normal-speed ochos didn’t feel like a good fit, and I said to M between songs that I didn’t feel I was good enough to lead double-time ones, but she basically dared me, so we we gave it a go. The good news was that M could do excellent double-time ochos. The bad news is that this fact didn’t have much to do with me! I essentially followed her while she did self-propelled ones. Felt good, though!

Two of my regular partners are also experimenting with decorations, and they both did ones that felt good to me. I was also happy that I could feel it happening and wait for them.

Any plans for the weekend, sir?

Saturday, we’re going to Marathonga at The Union Bar. This runs from 4pm Saturday to 4am Sunday. I’m aiming to be there at the start, when the floor will hopefully be less crowded; I am not expecting to still be there at 4am …

Then another private on Sunday, when my goal is to master the one-step cross. Since I still struggle to work out when songs are going to end, but have about a 90% success rate at recognising the final two beats, I figure that if I can reliably lead the one-step cross every time, that’s a great way to end.

Very happy to be back in the groove, and very much looking forward to Saturday.

One thought on “Back on form!”