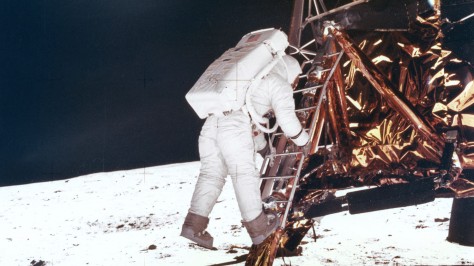 I love technique workshops, because the changes you make as a result of them are often tiny, but the payoff can be huge.

The seemingly infinite amount of refinement possible with the tango fundamentals is really quite astonishing. The walk is the obvious example, but as today’s workshop demonstrated, the same is true of the embrace …

It was a third workshop with Fausto and Stephanie, entitled Embrace forms: structure and elasticity.

Federico and Julia have often said that the close embrace essentially starts as a hug, and then you maintain that position while opening the leader’s left hand and follower’s right to find a comfortable position for the outside hands. F&S did exactly the same thing. Start with a close hug, keep the leader’s right arm/follower’s left arm as they are,

They also had a neat way to find the ideal handhold. Start standing side by side, leader to the right, holding hands in a natural way, then pivot the follower to the left and under your arm jive style, and then you’re in the same handhold in the tango embrace. Not that they were recommending this as a method in milongas, you understand, but it does make for an easy reference point.

Adjusting my posture in the embrace

Different teachers have different approaches/styles, and sometimes different ways of explaining the same thing. While other teachers have talked about the leader and follower leaning toward each other in the embrace, Fausto’s take on it was for the leader to remain in place and invite the follower to lean in. He also suggested a more upright position for my head, chin slightly higher than neutral, as if looking up slightly. Added to Julia’s input to angle my head to the left, that’s quite a significant adjustment to my head position in two lessons – now I just have to work on making this new position habitual! Fausto also made some adjustments to M’s head position.

The result of both sets of changes, coupled to yesterday’s feedback to each of us to keep our hips further back, was amazing. Despite being in very close embrace, we both felt like we had loads of room.

Seeing an immediate and huge difference

I mentioned yesterday that my preference is close embrace – with counterweight – in the walk, then I open to varying degrees for other things. There’s one follower where ochos work with only the tiniest opening of the embrace, but with the changes made today, M and I found that we could do ochos without opening the embrace at all.

It was quite a bizarre feeling. I was able to dissociate to only a tiny degree without opening the embrace, but it was enough. I couldn’t believe the lead could be clear from such a small movement, but M said it was, and she was following perfectly. This was quite a revelation to me!

There’s quite a different feel to ochos in close and more open embrace. I like both, and it’s great to have the option, so that I can match them to the music.

But as dramatic as the benefit was to me, that was nothing compared to M. She’d had a preference for a significantly open embrace, not feeling comfortable with close embrace, but not really knowing why. But with these changes, she said very close embrace suddenly felt great!

Flexibility in the embrace, and redefining open embrace

The final part of the workshop was about how to have flexibility in the embrace, moving easily between close and open embrace, and increasing or decreasing the distance during the dance.

They drew an interesting and, to me, new distinction. They said that open or close embrace was about the hold, not the distance. If you both remain in that ‘hug’ hold, then that’s close embrace. If we move to the hands being in the open embrace position, even if we remain just as close as we were, that’s open embrace. You can then, from that embrace, increase the distance as required.

They had us do an exercise where we walked in close embrace, and the leader switched hand position to the open embrace position without changing the distance between you. Once the follower felt that change of position, then she also switched her hand to the open embrace position. The leader then started taking smaller steps while continuing to lead the same size ones for the follower, so she starts moving away, and then the embrace organically opens distance-wise. Then the reverse to move back into close embrace. It all felt very natural and easy when we tried it.

We were registered for a second workshop on Vals: Double turns, a specialty of the teachers. However, I was worried this would have complicated steps, and M had the same concern. We agreed we’d consult F&S. They confirmed the steps were complex, so we decided to duck out of that. I was more than happy with the value of the three workshops, so didn’t mind in the slightest missing one of them.

I’m ending the weekend feeling very tired, so it’s definitely the right decision to reign back the tango blitz; I would have burned-out continuing at the same pace. For the next two weeks, I have classes Monday, Tuesday and Wednesday evenings, but only for two more Wednesdays. After that, my schedule will be:

I will then resist the temptation to sign up for other classes. Really. No, really, I will. Except one private with Diego Bado. because he’s back in London for a few weeks. But nothing else. Honest.

2 thoughts on “One small step for man and woman, one giant leap for their tango”