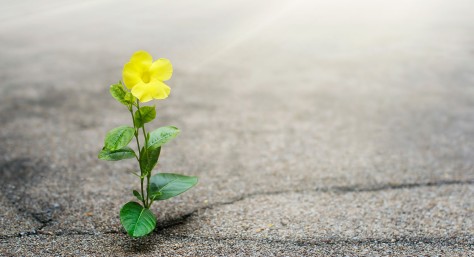 Tonight was a real breakthrough for me.

Have you ever made a decision, carried it out and then got immediate and undeniable evidence that you made the right choice? That’s what happened to me tonight …

In my nine-month appraisal, I wrote this:

It’s also about increased confidence. Being less afraid of seeming pretentious. I’m more willing to take the dramatic pauses. Feeling better able to just go for it. There’s been an upward spiral here: the more I’ve really gone for it, the more enthusiastic the response has been from followers. I need to be less of the inhibited Brit and find more of my inner Argentinian.

And in an earlier post about finding my own dance I wrote about having the confidence to believe that simple, musical dance could be enough.

Previously, I didn’t have the confidence to believe this would be satisfying to followers; I was constantly worried that they’d get bored. But two things have changed in recent weeks.

First, that private lesson on my ocho technique, and the solo practice I did afterwards, has made a massive difference to the feel of my dance. I can feel it myself, and my followers can feel it. I’ve had multiple spontaneous compliments on the feel.

Second, I’ve had tandas where I’ve done nothing more than walking, rebounds and ochos where it’s felt great to me, and followers I trust to tell the truth have said the same.

So tonight I decided it was time to put all this fully into practice. Wave goodbye to the inhibited Brit, and let my fledgling Argentine take over on the dance floor. Practica, milonga, practice during class – no matter. Drop the inhibitions and go for it.

Tonight had a 30-minute practica before the improver lesson, and I did just that. I danced with one of my regular followers from the improver class, who has always been lovely to dance with, but this time I felt like we were connected on a whole new level. Afterwards, she said “That was really good!” And I agreed: it was. I realised that not only was losing my inhibitions improving my own dance, but it was also creating the opportunity for my partner to really give her best too.

I then had exactly the same experience with another regular follower. Again, another great-feeling dance, and another spontaneous comment on how good we’d been.

I danced with Julia too. There’s usually extra pressure dancing with a teacher. Feeling like my technique is under the microscope, and that I should demonstrate that I can do the things she’s been teaching me, and do them properly. But no, aside from one giro which I admittedly wanted to test, I just danced*. Focused on the music and the connection and the feel, not the technique. And again, Julia said it felt really nice.

Finally, at the end of the lesson, we were invited to just dance the last song. I was dancing with A, someone from the intermediate class who is a really lovely dancer, and way better than me. I hadn’t danced with her for quite a while, and had never dared cabeceo her in the Tuesday milonga, feeling my dance was too basic for her. But tonight, afterwards, she told me I was a really nice dancer – adding a specific compliment I won’t share here, but which meant a lot.

I said to her that I had only recently started to gain confidence in the idea that simple, musical dance could be enough. She said it absolutely could, and echoed what Julia has said to me: if you have a warm and comfortable embrace, a good walk, a clear lead and are musical, no follower will ever complain.

I reflected way back in January on that oft-heard backhanded compliment from experienced followers: ‘You’re going to be a really nice dancer.’ I’m finally hearing it without the future tense. I mean, I’ve heard the present tense once or twice before, but the consistency of spontaneous commentary tonight provides clear evidence that Pablo was right when he talked about the importance of ‘actitude.’

On the topic of confidence …

Something else I realised. Switching from open embrace to close embrace created a bit of a crisis of confidence for me. Movements are smaller and more subtle. And that made it harder for me to believe I was leading them properly.

Take the ocho cortado, for example. This was, I think, the second pivot I ever learned, after ochos. At the time, I was dancing in very open embrace, and the version of the ocho cortado I was taught by Mariano was a suitably obvious one for a beginner. Big, clear movements. A big forward rebound, a big side-step, a swooping return.

In close embrace, an ocho cortado has a totally different feel. It’s a really small movement. As Steph said when we talked about it this evening, it means literally a ‘cut’ ocho, and was originally created as something you could do when there wasn’t enough space to complete an ocho – so it was specifically conceived as a small movement.

But that subtlety always created a sense of doubt in me. Did I actually lead that? Even with ochos in close embrace, because the movement is smaller, there’s been that nagging doubt about whether I was leading it properly. And even if I am, that feeling that there wasn’t enough variety in my dance was magnified, because the movements are smaller. Which actually makes no sense, but it had in my head.

As dancing in close embrace becomes the norm for me, in lessons as well as milongas, I’m finally starting to get the feel for CE dance.

*Ok, afterwards I asked if I could try something I’d learned in the Boston milonga, without telling her what it was, but that was after Just Dancing. And is something I’ll get back to in a future blog post.