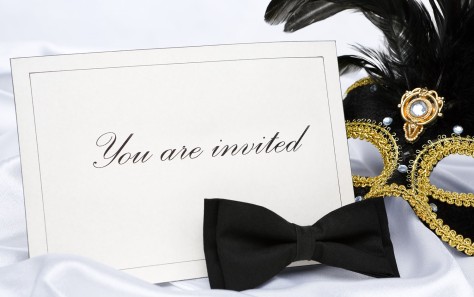 Yeah, ok, the Saturday evening milonga at Browns isn’t quite like that, but it has always felt like the most intimidating of the ones I’ve been to so far. More so, interestingly, than the massive Romantica Milonguera milonga in May.

I think it’s the combination of a relatively formal setting, what appears to be a high level of dance, an atmosphere which has always felt somewhat on the serious side – and very few familiar faces (the usual suspects in the workshop didn’t stay for the milonga). A far cry from the informality of the Tuesday night milonga in a student cafe …

I’d previously stayed for only two or three tandas after the monthly Tango Space workshop, dancing exclusively with my fellow students. But this time I’d decided to test my confidence in my ‘simple, musical dance’ approach by staying longer and cabeceoing more widely.

The two-hour workshop had been somewhat more mysterious than usual, the topic merely shown as ‘technique.’ But it turned out it was exactly what it said on the tin: technique tips for both linear and circular movements. One of the things that’s almost impossible to explain to anyone who doesn’t dance tango is the infinite amount of work that can be put into things as seemingly basic as the embrace and the walk.

My early private lessons were almost exclusively devoted to the walk, and almost every group class I’ve ever had has begun with the walk, and yet I don’t think there’s a been a single occasion on which I haven’t both learned something new and been reminded of something I’d forgotten.

Completely new was the idea of pushing down into the floor as you enter the embrace. Like a lot of tango things, the idea doesn’t seem like it could make any difference … yet it does when you try it.

Something forgotten was how it felt when I tried ochos as a follower. We also all of us – leaders and followers alike – got practice at the follower steps for forward and back ochos. We did quite a lot of these, and while they were all solo, I might now be very marginally less incompetent at following ochos. More immediately useful for now, I think it improved my lead.

We ended the class dancing one song in close embrace, aiming to put the technique elements into practice. I did this with a follower from my improver class who’d been out of the loop for a while. It was a nice dance, and at the end of it she smiled and said ‘You really listen to the music.’

Pablo invited the class to dance the first tanda of the milonga. A woman I didn’t know smiled at me, and that seemed a good enough basis for a dance, and we indeed had a very enjoyable one.

I took my usual approach of watching for a while, looking for leaders who dance simply but well. From this, I look for two things: ideas of things to learn in future private lessons, and followers who seem happy with such dance.

But locating said followers in a crowded milonga in which most people were dancing most of the time wasn’t practical, so I mostly took chances on unknown followers. Doing that repeatedly at all is a milestone, all the more so in a more formal-feeling milonga.

The milonga was very crowded, and I was feeling the limitations of my vocabulary, especially in a couple of tandas – one where the ronda was barely moving, another where we got stuck behind a couple who were essentially using the floor to practice the same circular sequence over and over and over again, oblivious to the increasing gap ahead of them. It was one circumstance where I’d have overtaken had there been room, but that was utterly impossible.

In particular, I really need to get my giro to a level where I feel comfortable using it in close embrace, and then add a clockwise version. So we’ll resume the work on that in my next private lesson.

But I was mostly dancing with far more experienced followers, so my ‘parada and pause’ approach was paying dividends: when I was running out of things to do, they had their own ideas. I’ve mentioned before the three reactions I get to this: waiting for me to get on with it, doing some decorations for a few beats then waiting – and taking it as an invitation to lead the way. I got a mix of the three last night. I love it when followers run with it, though prize for the best reaction goes to the woman who waited, looked at me and said ‘And now?’ …

Another funny moment. I had a nice tanda with an American woman who’s travelling around Europe at present, with Berlin one of her stops. Chatting afterwards, I mentioned that Steph and Bridgitta had said there wasn’t much cabeceo in Berlin, and she was quite shocked at the idea. Not two minutes later, a guy tried to handeceo her (not something I’ve seen much at Browns). She just looked at him like he was something stuck to the bottom of her shoe and said ‘No.’

I had an enjoyable evening! I also felt like dancing there was a definite step in my journey. I wrote back in April about the milonga milestone of feeling at home on the dance floor at the Tuesday evening one; that isn’t yet true at Browns, not by some distance, but at least I didn’t feel like a total imposter there.

I do also feel like this is the right approach now: prioritise dance over classes, using the milongas to identify gaps I need to fill and problems I need to fix – which I then address in my fortnightly privates.

The gap I need to fill right now is most definitely achieving some degree of competence and comfort with close-embrace giros! This is like ochos all over again.

The giro was the topic of the private I had a month ago, but we put that work on hold last time to get feedback on Just Dancing, and identify technique issues for me to fix. That was probably the right thing to do, but we do need to get back to work on the giro next time.

Schedule issues mean that my next private isn’t until the end of the month, so I’ll be aiming to get some giro practice between now and then, but unless a miracle occurs in the meantime, I already know what we’ll be doing in it.

5 thoughts on “Testing my confidence at a grown-up milonga, and a very obvious next step”