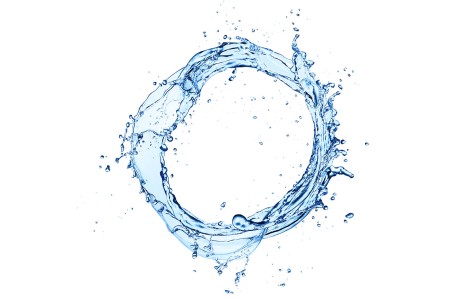 Let’s start with the bad news: the topics of tonight’s classes with Juan Martin & Steffi sounded perfect, but I didn’t feel that what they actually taught was a particularly good match for the promise.

The beginner/improver class was supposed to be on ‘the fundamentals of the embrace,’ while the intermediate one was billed as ‘figures in close embrace for crowded milongas’ …

In practice, the beginner/improver class didn’t seem to cover anything that was explicitly about the embrace, but rather taught an 8-step sequence for the cross – later going on to a variation which included leader crosses. I always welcome practice at the cross, so I wasn’t unhappy about it, but my nerd brain does think lessons should do what they say on the tin.

The intermediate class was more disappointing, in that what it covered seemed to be the exact opposite of what was promised. Instead of figures that would work in crowded milongas, they taught two main sequences that definitely wouldn’t. One of them involved three backward steps by the leader, something you could never do in a milonga; the other was best described as a performance tango sequence, I think: impressive-looking, but expansive, and again not feeling to me like something you’d have much chance of using in a milonga.

It’s impossible to be annoyed with JM&S, however, because they are lovely people, great fun, infinitely patient, really good at explaining complex sequences in easy-to-understand ways, and especially good at giving individual help when you need it.

Though there is one downside to that individual help: they get so focused on working with students that they completely forget to call ‘change partners’ between songs! There was one time I got stuck with a complete beginner (very first lesson) for three or four songs, and another time a very experienced follower got stuck with me for three songs – plus some followers who didn’t have leaders to dance with ended up being left out.

Oh, and while I’m whinging, I felt hopeless in the early part of the first class. Even the simplest things seemed to go out of the window. Fortunately I managed to give myself a talking-to and things came together later.

I had a great experience of the parada-and-pause thing with one follower. She pivoted around in an unfamiliar way, doing something off to my side. I didn’t understand what she was doing, so just followed her instinctively, and it worked really well. I have not the faintest idea what she or I did, but it all felt good!

Oh, and that ‘show tango’ sequence? Even that was a good experience. First, because it was complicated but I very quickly understood the shape of it, and got the hang of the steps. Second, because I went from zero to fun in the space of a few minutes.

I told Steffi that while I understood how it should look, and thought I understood the steps, I had no clue how to actually lead it. She asked me to lead her, and told me I was leading it. I was utterly unconvinced, and thought she was just being kind, but Asia and I tried, and within a few minutes we were there. I don’t think I’ll ever use it in a milonga, but we were both delighted to get the hang of it, and it was a lovely feeling.

I’ll chalk it up as more-or-less useless for learning purposes, but a really fun experience. And there’s nothing wrong with a few of those along the way!

The good news is that I feel I’m getting closer to the one thing I need more than anything else in milongas: circular movements!

That was partly through one of the sequences taught in the intermediate class. I haven’t yet clarified it in my mind, but the gist of it was to lead a voleo into an Americana into what I’m told is the follower doing a circular side-step while the leader pivots. Thanks to a very helpful follower, I did get it at the time, though it quickly fell out of my step memory. I’ll hopefully restore it with the help of the video demo and some practice.

Asia also showed me during the practica a movement from her last Tango Space class, which was a back ocho with the leader following the follower around to get a clockwise 180. Pair two of those, and you have another clockwise turn. Again, I need to practice it more, but it felt like it would be really easy once I’d gotten the hang of it.

Finally, Irina – who helped me understand there was no need for tango maths after all – kindly sent me a video showing a clockwise turn based on pairing two ocho cortados. Again, I need to try this, then practice it, but it again looks like it ought to be reasonably simple.

If I can put all of these things together with a giro (once I finally get that sorted!) and the turn Diego showed me, I think I would finally be at the point of feeling completely chilled when the ronda isn’t moving!

I’m very much hoping Sunday’s intermediate class will be as advertised! It’s on barridas. I only did one for the first time in last week’s class, but really liked it. It ticked two huge boxes for me:

In the meantime, though, I feel really positive about where I’m at. I still feel like I’m on the right track with this simple, musical dance business, and I feel like circular dance is almost within my grasp! I’m really looking forward to both the classes and the milonga on Sunday.