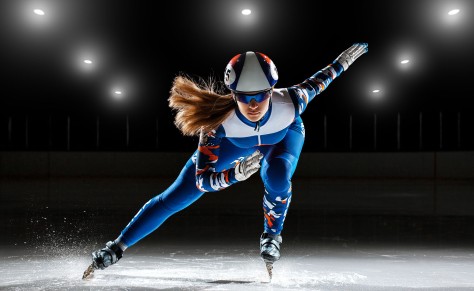 My approach to milonga tandas has so far been to try to cabeceo someone for the third song, on the basis that my single-time steps and rebounds are fun for one song but too boring for three.

Since mostly getting the hang of the six-step pattern, which feels more varied than it is, I was toying with the idea of upgrading to two songs. After this workshop, I may even risk an entire milonga tanda …

The workshop started with two variations on the 6-step box pattern, one with two back-steps, one with a weight-change and one back-step.

I’ve so far mostly danced milonga in open embrace, but here we moved quickly into very close embrace. Indeed, Pablo was insistent on an embrace which had the leaders right hand essentially under the follower’s right armpit.

I was very wary of this, as I know from Steph and friends that an overly tight embrace is a common complaint, and a reason they avoid certain leaders. Pablo’s argument was that when you’re leading very short rebounds at a fast speed, you need to make it impossible for the follower to instead take a step. That argument does make sense if you’re doing lots of fiddly things, but I think at my stage I can afford a slightly less constrained embrace.

Milonga in close embrace, though, does have a very different feel to open embrace. It’s much smaller and more subtle. It does feel good for sure, but though I normally vastly prefer close embrace to open, I’m not 100% convinced I prefer it here. So far, I’d say it feels more sophisticated but less fun. We shall see if that changes as I get more used to it.

Once we were comfortable with the 6-step pattern in close embrace, Pablo added short rebounds into the pattern. I think the idea was that these would be double-time elements, in that it looked like that was what Pablo was doing when he demonstrated it, but I – and everyone else I saw – stuck doggedly to single-time versions.

The first version was rebounds in the back-step, which worked well. Next was rebounds in the forward outside step, and sequencing a few of these together while turning. Since rebounds were, for quite some time, my only method of turning on the spot, this was familiar territory!

After that was a lovely and simple four-step sequence to dance on the spot. This was:

*Which feels like a left pivot as it’s backwards.

I could enter that easily enough from the 6-step pattern, but struggled to switch from that back into the 6-step pattern. Afterwards, I couldn’t work out why, as it ought to be as simple as using that back-step to re-enter the pattern. I’ll try that out at tomorrow’s practica.

Ok, I’ve skipped one sequence, which was a walking sequence of outside step, inside step, suspension with weight change and– Well, who knows. I never got the hang of it, and a mix of observation and follower reports suggested that I was far from alone in this!

But … it was significant progress. Rebounds provide a way of expressing the faster elements in the music, even if I can’t lead them double-time. It still feels like a way of fitting the dance to the changes of pace in the music.

I feel like if I can use rebounds in that way – which it appears I can – and switch between 6-step pattern and the forward/back pattern – which I think I probably can – then that gives me enough variety for a whole milonga tanda. I’ll see how I get on with it in tomorrow’s practica, then maybe go for it in the Los Angelitos milonga afterwards.

Overall, then, a really valuable workshop. If it does indeed upgrade me to entire milonga tandas, it will have been a huge success!

2 thoughts on “Getting better at the fast stuff …”