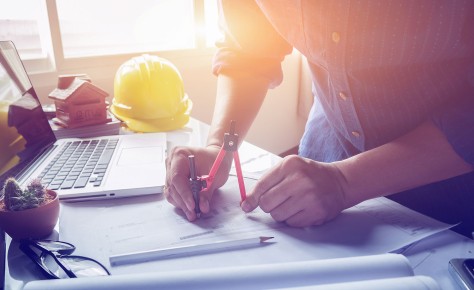 There’s a turn I saw once in a Pablo and Anne video and which I’ve seen several times in milongas, and it always struck me as one I ought to learn as it had three characteristics I liked.

First, it looked like it would feel really nice for the follower. Second, it seemed a very practical tool for a milonga, as it allowed a significant turn in a relatively small space. Third, it seemed rather simple. Two of these things turned out to be true …

In my second lesson with Diego, his first task was to figure out what the hell it was I was describing. That achieved, the turn is, for the leader:

The actual steps are indeed that simple, but there is of course rather a lot of technique to it. The rebound has to feel snappy but soft; you can begin the turn by leading it slightly off to the right so the rebound part begins the rotation to the left; then you need to keep opening throughout the move the way you would in a giro; the second step needs to include a suspension while you continue rotating; and the final step is technically a side-step but you need to have it be somewhere between a side-step and back-step in direction.

Diego led me quite a few times so I got a good sense of how it should feel to the follower. Then I led it many, many times with Diego correcting each element. He’s a very encouraging teacher, but also a rigorous one. When you lead him, he does what you lead, not what you intended to lead.

One really helpful tip he gave me is that you can then continue the turn in weight changes afterwards before leading a second one, so the whole thing feels like one continuous turn.

By the end of it, I felt I had a good sense of what I needed to be doing, and I think I’ll spend Sunday’s practica mostly focused on this.

I do, though, think it’s probably at an ok milonga standard, and I feel reasonably confident trying it tomorrow. With the weight-change addition, it feels like a very nice vals option.

This was a real object lesson in the difference between group classes and privates.

I first learned a barrida-into-planeo sequence with Juan Martin and Steffi back in August. In the class, with other followers familiar with the sequence, it worked well. In milongas, it’s felt really clunky, and I subsequently stopped trying to lead it. Tonight, I learned why.

There is a lot of technique you need to get right to pull this off. The sequence is this:

You can then resolve with either a parada, or a leg sacada with sends her free leg into a planeo out and back and then the parada.

The technique that needs to be applied at each stage is:

So, yeah, there is a lot to get right. Fail at any of this, and it’s not going to work well. I may need to withdraw that from my milonga repertoire until I’ve practiced it a lot more …

Steph had a lesson immediately after mine, also as a leader. She is finally feeling my pain! Leading and following is equally difficult, but (a) her beginner days are eight years behind her and (b) the leading and following challenges are different. Seeing her struggle with some of the same things as me was quite reassuring! She too was struggling with the cross, and also had the same issues of trying to remember things quickly enough in the moment.

Technique issues, too. There are things you know intellectually but can struggle to do in practice. I came in at a time when Diego was telling her she needed to do X and she was “I know, I know, I know” in an all-too-familiar refrain. The words you say when you know what you need to do but aren’t managing to do it. “Welcome to my world,” I said, helpfully. “Welcome to our world,” replied Diego …

4 thoughts on “A Diego-engineered turn, and no wonder my barrida was messy!”