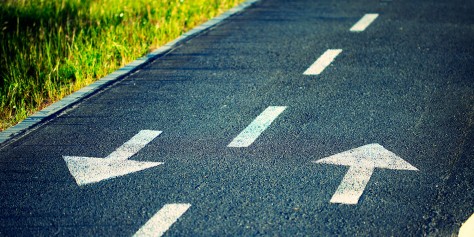 There’s a Catch-22 with my plan to expand my core vocabulary. The stuff I’m now adding in to milongas feels less fluid, so I’m reluctant to interrupt the flow of the dance by using them too often – but unless I use them more often, they won’t feel more fluid.

That feels like a particular dilemma when I feel like smoothness and musicality are what I’ve got going for me right now as a tango dancer; if I put those at risk, I have nothing …

But comments from regular followers have made me realise I have a little more going for me. A comfortable embrace is far from universal among leaders at my level; a lot of followers view simplicity as a virtue, not a limitation; and I listen to, and wait for, my followers during the dance.

So I can afford to cut myself a little slack with stuff that might feel slightly clunky right now, and I did so at the Tuesday milonga.

I was planning on working on only one or two new things at a time, but in practice find that I’m ok with mixing-and-matching five in the course of a milonga. Here’s where I think I’m at with each:

I do limit the number of times I use anything from this list in any one tanda. It feels like I’m effectively sacrificing a bit of my follower’s enjoyment for my own development. At the same time, though, it’s an investment for my regular followers as well as for myself, so I’m ok with the trade-off so long as I mostly stick to what I can already do well.

Tango often feels like X steps forward, Y steps back. It’s usually not voluntary, and sometimes Y is greater than X. But in this case, it’s of my own choosing, and it does feel like one step back to get two steps forward.

I invented a new thing!

Well, ok, I’m sure this is blindingly obvious to any experienced leader, and it’s entirely possible that I’ve even seen it done, but it was, for me, a new connection.

I’d had a thought while doing some solo practice before work this morning: that either of the sanguchitos I do could be chained together with another back ocho. So, for the easier right-side version:

I asked a friend if we could try it in the practice room, as I couldn’t be 100% certain that it worked with a partner, but it did. I was pretty excited about that!

I then tried it while dancing in the milonga. It started somewhat clunky, maybe a 45% move. But I tried it with three followers, all of whom followed it, and by the final tanda, I’d say it was more like 80% even at a faster speed.

I did try it one time on the opposite side. Yeah. No. I shouldn’t do that in milongas yet. One for the next practica.

A lovely evening of dance, and appreciating different followers

I had one dance tonight that didn’t really work. A new follower, and my lead kept failing with her. It wasn’t her – she was clearly a skilled dancer, well ahead of my own level – but also wasn’t 100% me. I think the truth of it was that she was trying for a more collaborative dance than I can yet manage, so we kept both trying to lead something at the same time. I’ll look out for her again a few months down the road!

Every other tanda I had tonight was lovely.

I think for a time, I had this idea in my head of the perfect follower for me. Elements A and B from one follower, C and D from another, and so on.

But now I’m really appreciating the different things different followers bring to my dance, and rather than wanting some mythical follower to combine them all, to enjoy each follower differently.

Which should have been an obvious way to think about it quite a while ago. After all, it was how I reassured myself: that followers can enjoy my slow and simple dance because it’s a very nice part of the overall mix they’ll have in an evening.

One tanda, for example, was with a woman who just follows perfectly. She doesn’t propose anything, she doesn’t decorate, she just follows my lead, and does it beautifully. It’s very calm.

Another was a woman who essentially just does what I lead, but throws in these lovely double-time elements that really add something to the feel of the dance. It’s like there’s a whole extra layer of texture, and it’s a delightful feeling.

Yet another was a very active follower who does these deliciously dramatic ochos, and in forward ones in particular, really all I do is signal the direction and the start, then follow her. I really enjoy the feeling of unleashing her dance onto the floor.

All very different styles of dance and dancer, and each wonderful in their own way. And those are just three examples I picked because they are so different. I can honestly say I appreciated every dancer for what they brought to our dance.

Hell, I even danced Troilo again! I still feel like I have no clue what’s going on in the weeds of it, but I think I’m finding a way to dance it at a more meta level, reflecting the overall feel of a section without worrying about every twist and turn.

Another great Tuesday Tango Space milonga, and looking forward to my next Tango Terra fix on Thursday! I’m also looking forward to the lesson. I caught the end of the version tonight, and it looked challenging but lovely. If I get nothing else from it, it will server as a reminder of the wonderful feeling of a drawn-out suspension leading into something faster.