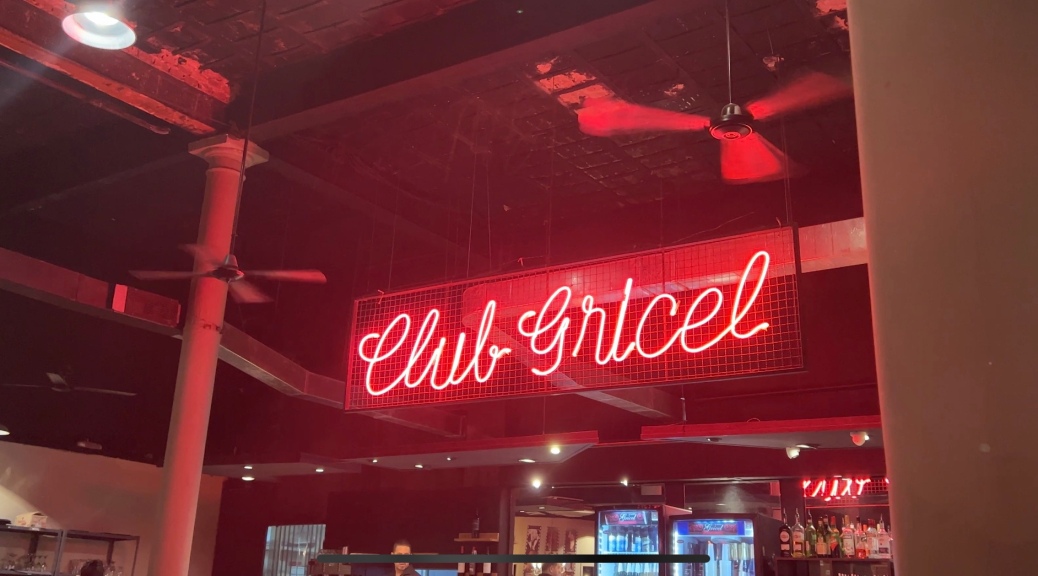 I said at the beginning of the trip that I’d be adopting a more relaxed approach this time around, after last time visiting 25 milongas in 12 days.

One reason for staying here a month is to take things easy – an absolute maximum of one milonga per day. Yes, really. Honestly. You’ll see.

I would, therefore, like it to be officially noted that such scepticism was unwarranted, unjustified, and possibly libellous: I turned out to visit 25 milongas in 28 days.

I said I wanted to stay for a month so that it felt more like a short-term immigration, and it certainly felt that way when it came to packing! I was returning with an extra six shirts and five pairs of tango trousers, while Steph was bringing back most of Argentine’s supply of tango shoes and clothing.

Fitting everything into the available cases was … challenging, even with the benefit of a spare case (thanks to Laura kindly offering to keep the capsule coffee machine here for our next visit). Getting the weight balanced between the cases was even tricker, but we eventually managed to get 95% packed, leaving only the things we would still need before we left.

The others had privates and a museum visit, while I went for my afternoon nap so that I’d have some energy left at night.

Not only did I go to 25 milongas on both trips, but my final one turned out to be at Gricel on both occasions.

M&A’s teachers had reserved an excellent table, and invited us all to join them. The milonga ran from 10pm to 2am, and we arrived around 11pm.

The milonga was very empty! I’ve been there a few times now, and have never seen it so quiet. The reason was later revealed as some big football match or other. That meant few cabeceo opportunities, so I danced a couple of times with Maria, and once with Lilili, and that was it.

However, dancing to Romantica Milonguera live at Salon Canning had been such a wonderful experience that it would have made the perfect end to the trip, so I viewed the night simply as a social evening with a bit of bonus dancing.

I’d danced with Lilili very early in the month, and she was kind enough to say that she could see a big improvement in my dance. I’ll write a separate blog post on my own perceptions of what I learned, and how my dance has changed, once I get home.

In the event, I woke at 5.30am after a sound 90-minute’s sleep. The final bit of packing went well, though the journey to the airport did not …

Traffic came to a complete stop on the motorway, with Google Maps showing an accident and a 45-minute delay. We could see a plume of smoke about a mile ahead, which didn’t look like good, and spent a long time without moving at all.

Google Maps turned out to be right about the delay, but wrong about the cause. When we eventually passed the scene, it turned out to be that most ubiquitous of Buenos Aires phenomenon: a protest. Protestors had stood across the motorway with banners, and then set fire to something. Police eventually managed to clear one of the four lanes so that traffic could crawl past.

I have a firm policy of allowing for unexpected delays en-route to the airport, even when it isn’t located in Argentina, so this didn’t cause any drama. The flight home was uneventful, and I managed a decent amount of sleep.

I wrote this at the end of my first visit to Buenos Aires:

If tango is an addictive drug, BsAs tango is the drug in its purest form. I can’t wait for my next fix.

I could have written those exact same words for this trip.

I had an absolutely amazing time! Last time I was like a kid in a candy store, dancing at every opportunity. This time I had more of the local BsAs milonga experience: you chat with friends, make some new ones, eat, drink, dance.

I had just a handful of privates, but they were transformative ones. More about that in a later post.

Combining work and dance for three of the four weeks was immensely tiring, and I’ll need to think about how realistic it is to repeat the experience, but I’m so glad I decided to stay for a month. Buenos Aires really did feel like home while we were there.

I’m also really glad to have shared the experience with friends. Sharing a home with someone, even temporarily, is a good test of a friendship, and we couldn’t have had a better experience. Tina, Maria, Antonio, thank you!