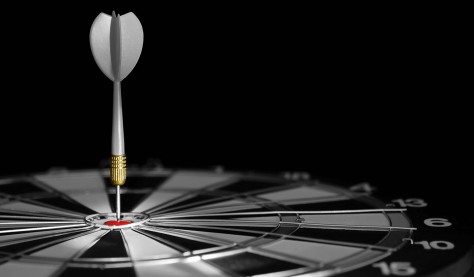 One of the many mysteries of tango is the way one’s available talent can wax and wane for no apparent reason. The tango gods seem to randomly dish out highs and lows for no better reason than that it amuses them to do so.

It wasn’t that I was terrible in last night’ s lessons: it’s just that I wasn’t feeling it. Tonight, I was.

It helped that I’d done some solo practice before work. It helped even more that tonight’s version of the ocho cortado was a simpler one in both improver and beginner’s classes. Indeed, it was the same version and variation in both classes – the difference was that the improver’s class ended in doing it in close embrace.

The basic figure was just a side-step to the left, a forward rebound with the right and then collecting while dissociating to the right, finally reversing the dissociation to lead the cross. The variation was a sacada as the follower steps to the side. Both made immediate sense.

Because I wasn’t having to think much about my feet, I could really focus on my dissociation, which was a huge help. It was really amazing to see just how much follower movement you can create with feet planted firmly together and just opening and closing the chest. And I think that experience will help me lead small ochos in close embrace.

Yesterday, it had felt hard to get into a rhythm with slower songs, but tonight the ocho cortado seemed to work well at any speed. I even experimented with doing it half time, and it still felt good. Snappy ones felt particularly fun, but it was all good.

The instructors were going round giving feedback. Hamdi watched my follower and I doing the version with the sacada, and just gave a thumbs-up before moving on.

The power of socks

There was another mystery to solve.

Bridgitta had mentioned that sometimes my right knee came into contact with hers. Both Mariano and Julia said that I was pushing more with my right leg than my left, suggesting that my right leg wasn’t projecting the way it should. We puzzled over this for a while, before I came up with a hypothesis.

Namely that I was afraid of stepping on my follower’s foot. On the open side, it somehow felt like there was more control, while the closed side of the embrace felt like I had less room, and that stepping on her foot was therefore more likely.

It didn’t really make sense. When the embrace is right, there’s no actual difference in space, but my theory was that this was the illusion in play. A scientific test for my hypothesis was needed.

After the lessons, I asked one of my regular partners in the class if I could conduct an experiment. I would dance in socks, so I didn’t have to worry about stepping on her feet, and then consciously push equally with both feet to see (a) whether I did at any point step on her foot and (b) whether not worrying about this would fix the problem. I’m pleased to report that (a) I didn’t and (b) it did.

I have now amused Steph in three ways with my tango journey to date. First: music.

Before I took up dancing tango, I really didn’t like the music. When Steph was having lessons at home, I’d retreat to my home office and close the door.

Once I took up tango, Steph predicted I’d come to love the music. I was far from convinced. I initially opted for nuevo music, before relenting and agreeing that didn’t have enough layers to remain interesting. But I did, for a long time, stick firmly to very rhythmical songs with a strong beat.

In those early stages, I still wouldn’t say that I liked traditional tango music. It just made sense in terms of the dance. And I listened to it when not dancing to help me figure out the structures for dance purposes, not because I enjoyed it.

But, over time, I came to first like it. And then, I finally admitted to Steph today, to love some of it.

One of the Tango Space teachers – who has since moved on – was keen that we get to recognise the orchestras. After one song, he asked us if we could identify it. There was silence in the room before I ventured that it sounded like Pugliese, and he was really impressed that I’d got it right. I think he was less impressed when he asked how I knew and I said that it had been hard to dance to, and therefore probably Pugliese.

In admitting that I now love some tango songs, the first two examples to come to mind were … yep. Remembranzas and Desde El Alma. Which I now love to dance to. In fact, I’ve mostly forsaken my original Spotify tango practice playlist in favour of two Pugliese ones.

The dance, that is. It had always terrified me. It was insanely fast, and I was 100% certain that I wasn’t going anywhere near a milonga tanda for years, if ever. A bizarre occurrence saw me successfully dancing milonga (that’s also the link to read for anyone unfamiliar with milonga-the-dance).

I danced one with Steph at Tango Garden on Saturday. Tonight, I danced some more and … I love it!

In fact, right now, if you asked me to rank the three forms of tango dance in order of preference, it would be: milonga, vals, tango.

So I guess today was a perfect day: I had a fantastic experience with tango, and I gave Steph a huge laugh.

One thought on “One of the many mysteries of tango, and the power of socks”