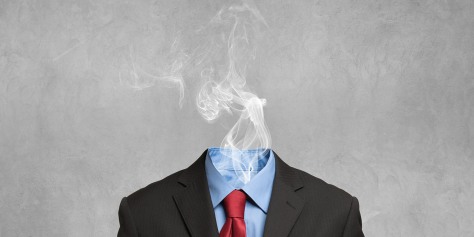 The theme of this week’s Tango Space lessons is the Americana. A figure in which leader and follower end up walking side-by-side.

Even the beginner version had a lot to think about. Rebound forward on left foot while dissociating to the left. Then during the spring back, dissociate right while stepping back with the left foot, and keep opening to the right while taking a side step. Then one Americana step forward together, the leader taking a slightly shorter step, then re-associate right and keep the follower’s weight on her left foot so you can walk out …

The usual rule applied: I can’t focus on steps and technique at the same time. I first need to familiarise myself with the what – the steps – and only when that familiarity frees up enough of my attention dollar can I focus on the how – the technique.

Given that the first half an hour always works on the walk, that left only 30 minutes to learn what felt to me like a reasonably complex sequence, so my technique was mostly notable by its absence.

By the end of the lesson, the basic idea was at least making sense, and it was working, but I feel 99% certain that’s because the followers knew their part; I don’t believe I was really leading it clearly.

The improver version was … well, basically my brain exploded. Instead of walking out, you lead the follower to a side-step without moving yourself, then do a cross-walk for … um … one or maybe two steps … then there’s some kind of 90-degree pivot I haven’t seen before … while the leader does a side-step into a cross-walk on the opposite side … into a cross, a parada, another pivot and another parada.

The only comfort I could draw from this was when I told my followers I had absolutely no clue how any of this worked, I was told don’t worry, most of the other leaders are equally lost.

I suggested to Steph afterwards that this was the tango gods scolding me for thinking earlier than perhaps at the end of this ten-week cycle, I could drop the beginner’s classes and only do the improver ones. The idea was to continue to develop, but to regain a somewhat more sane schedule. Tonight made a mockery of that idea.

But it’s not always this bad, so I think the revised plan will be to make a class-by-class decision. If it’s material with which I feel comfortable, then just do the improver class; if not, then do the beginner one too.

I’m not even going to attempt to revisit the steps of the improver’s version, but I will incorporate the dissociated entry into the Americana as part of my solo pivot practice. Given that there are a limited number of step/dissociation combinations, it should, eventually, be possible to make the dissociation sufficiently automatic that my head then has space for learning steps – that is, doing it the other way around.

Meantime, I’m very much hoping Hamdi will have a simpler version for us in tomorrow’s class, as he did for the ocho cortado!

One of my followers offered me a piece of feedback on a part of my lead that was unclear. She did so in rather an apologetic fashion, and required quite a lot of reassurance that I really appreciated it. I told her I wished all followers did the same. So, again, if any of my fellow Tango Space students are reading this, I always welcome feedback on my lead.

The beginner’s class was really busy, so there were times when I was stuck, waiting for space ahead to clear. I didn’t want to confuse my followers by going too far off-piste, but I played a little with Diego’s advice to make even changes of weight part of the dance. It was like a 2% version of what I can see is possible, but hey, that’s more than I had before!