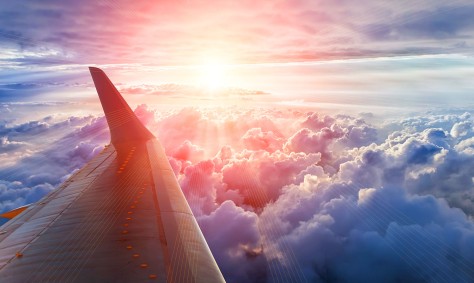 The tango gods decided to amuse themselves this evening. The theme for the Tango Space classes is the ocho cortado, and I was already feeling comfortable with that, so felt like it was going to be a great opportunity to work on refining my technique.

I was having one of those days when I was just feeling clumsy, and my previously-available ocho cortado was all over the place. Taking a diagonal rebound instead of dissociating while doing the rebound in a straight line … not dissociating enough on the back step … taking too big a side-step … Basically, anything you can get wrong with an ocho cortado, I was.

I was also feeling that I was failing to apply pretty much everything I’d learned from my brief taste of following. I felt I was tending to move my follower rather than create openings for her, and I wasn’t always allowing her quite enough time. But I guess being aware of that is something …

But then I danced with one of my regular followers, and suddenly everything was working. That isn’t necessarily a good thing – it might indicate a follower who is used to compensating for my shortcomings – but it was a welcome relief. I think also with my regulars, there’s less stress, because I know we’re both going to just laugh at stuff that doesn’t work.

It still wasn’t one of my better evenings, but I think things did improve a bit as the evening went on, which at least beats the reverse.

After the beginner class was a half-hour practica in which I first worked on resolving an issue I’d found with another follower: we ended up a bit offset from each other. Julia identified two reasons for this – one thing for me to correct, one thing for my follower. We used that feedback, and sure enough, that fixed the problem. Or, at least, reduced the offset to a tiny one that was easily corrected in a single step.

The improver class introduced two additions. The first was a sacada into a giro. While the follower was in the cross, the leader did a leader-only change of weight, then opened to the left and did a sacada with the right foot, then continued into a giro. More on that in a moment.

Once we’d done that (for varying values of ‘done’), we then added a switch into a clockwise giro. I’d never done one of those before, though often wanted to, as it seemed a really useful move in a milonga.

When winging it works

Never having done a clockwise giro before, and not really knowing how those work, I was basically making it up. It wasn’t ending the way it was demonstrated, but I was finding a way to resolve it with each follower. Not necessarily neatly, but in a way that enabled us to walk out of it, so that’s a win.

And in a milonga, when I’m not trying to achieve something specific, but rather dance in a musical and enjoyable way, that’s enough. I mean, if I can make it neat too, that’s great, but I can live with something both of us find enjoyable even if an observer might be averting their gaze.

Not that I plan to try it in a milonga anytime soon, but the principle holds. Winging it can be a valid approach so long as it works out and my follower is able to comfortably follow each element.

And when it doesn’t

But I realised that something has happened with giros.

When I first learned to do one, I wasn’t attempting to pivot. I was instead using a series of steps to turn myself. That worked fine, and because I was taking one step myself for every step taken by my follower, I could mentally run through her steps. With my usual entry, that’s side-step, forward step, side-step, back step.

Later, I managed to pivot in a medio-giro, and although I was no longer matching my follower step for step, essentially the limit of my pivot was ending on the follower’s side-step, so I still knew where she was in the sequence.

But pivoting in a full giro, it all got very vague! I was no longer keeping track of my follower’s steps, and winging that definitely doesn’t work! So now I think I need to focus my next private lesson on this. How to pivot rather than step, but still track the follower’s steps.

Federico approached a couple of us afterwards and asked for feedback on the class, and specifically whether the final element had been too much. R, a follower, said it was good to mix it up, but she knew her partner preferred to keep things simple. I said that as I struggle with step sequences, my vote will always be to keep it as simple as possible. R said she recognises that more experienced dancers may want to be challenged, and I agreed – so you’re never going to please all of the people all of the time. An approach a couple of us adopt is just to stick to the previous version when it all gets too complicated, but that does mean I feel my followers are being cheated.

I also suggested they borrow a couple of things from the Tuesday class. First, if there are extra leaders or followers, to invite those who skipped a song to choose a partner before people move round. Second, to have the leaders move right rather than the followers – just so there is consistency between the classes, to eliminate the confusion that arises by having opposite systems on the two days.

Having offered some suggestions for change, I felt I should reassure them that I love their teaching. People are always quick to criticise, often not that forthcoming when it comes to praise.

Tomorrow is a new day

I’ve had other Mondays when I haven’t felt on form, but the Tuesday has been great – so I’m hoping that’s the case this week too! And I’m really looking forward to the milonga after tomorrow’s improver class.

5 thoughts on “When winging it works, and when it doesn’t”