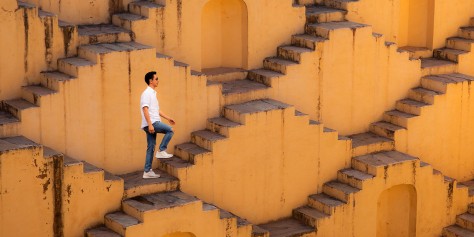 The first time we did planeos in the Tango Space class, I had been puzzled by them. After some solo practice and an improver’s class the following evening, they made more sense – though it still wasn’t anything I was going to attempt in a milonga.

This time around, the bank holiday meant no Monday classes, which gave me one improver’s class to see whether I might get comfortable enough to try it in the milonga which followed …

In the class, once things seemed to be working, I did my usual test: varying the point at which I led the figure to see whether I really was leading it.

I wasn’t wildly optimistic, as it seemed to be rather a subtle difference between another ocho and a planeo, but all my followers got it – including the time I lead the planeo immediately from the side-step without any preceding ochos.

Of course, the usual disclaimer applies too: it’s still a situation in which the figure is expected. But I used it in the milonga too, albeit with my classmates, and it was working there also.

It does feel like a good fit for some moments in the music, and I’m told it’s a movement which feels lovely for the follower.

‘Every step is improvised’

One of the leaders in the class said he couldn’t remember how to end an ocho. That made me laugh, reminding me of my own struggle with the very same thing!

Hamdi reminded followers not to go onto auto-pilot. ‘Every step is led.’ He pointed out that followers never know what the leader will do next as ‘in tango, every step is improvised.’

I’m very familiar with that idea – as a theory. Like tango being a collaborative dance, however, that had felt like something for a far off time.

But, just as the collaborative concept became real (in a limited way) far earlier than expected, so too did this. I decided, as an experiment, to try it in the milonga. Rather than always leading complete figures, to sometimes lead as small a component as I could.

The first thing I tried was breaking down an ocho cortado. I’d always lead that as a rebound into a pivot, and decided to see whether I could just lead the pivot part on its own. It turned out I could! I also tried a number of variations on ocho-style pivots, and those too worked. One of my followers is an intermediate dancer, but the others were from the improver class, and it was working with all of them.

Not everything, not every time, but certainly 95% of the time. And with this approach, I solved a musicality problem with which I’d been struggling.

If I’m just walking, and the song has an 8-beat phrase, I can walk for seven beats and do a weight-change on the eighth. Or I can do a rebound on the 7th to return on the 8th. It’s as basic as can be, but it feels nice.

Anything else, I have to know how many beats it will take to complete in order to finish it at the end of a phrase […]

The more complex the figure, the less chance I have of getting it timed to the phrase because I’m having to (a) work out how many beats it will take from start to finish, and (b) count back from there to figure out where in a phrase I need to begin it. And which foot I need to be on at the beginning. Doing that maths while also dealing with navigation, technique and everything else. No wonder I haven’t felt comfortable attempting much in a milonga!

But when I break things down into steps and pivots, that solves that problem. I no longer need to do mental arithmetic, or at least, not much of it. A pivot in two beats, a return to collect in one. I can count that far ahead.

I don’t mean to exaggerate my accomplishments in tonight’s milonga; I was doing plenty of standard figures too. But I was sprinkling in improvised elements, and it’s the first time I’ve ever done that.

It also made endings much easier! I still can’t always predict them exactly – sometimes they end a beat or two earlier or later than I expect (usually later) – but when I could, I was able to end nicely. Not with anything fancy (though I do have my eye on that one-step cross as a goal for next week’s milonga), but with at least a definite end. I’d read somewhere that followers might not always remember much of what happened during a song, but they will remember if it ended nicely, and certainly for followers at my own level, it seems to come as a pleasant surprise.

I’m also gaining confidence in the power of simple steps done musically. Sometimes, all I was doing was a side-step, a suspension and then a side-step return. But it felt good, and I was getting good feedback from my followers.

M asked what I’d been doing to work on my embrace, which I took to be a good sign. I explained that it was a small taste of following that had taught me a huge amount about leading in general, and about the embrace in particular.

With her, as she’s an intermediate dancer, I experimented more. That meant a few more bumps, but still, when I was clear in my lead, it worked.

One of my followers surprised me by expressing doubts about her ability as a follower. I said if she could follow me (which she most assuredly can), then she need have no fear! It took me by surprise because she’s a very good follower, able to figure out what I mean from sometimes rather vague hints. I guess it also surprised me as I’m so used to thinking of anything that doesn’t work as a failure to lead that I hadn’t really appreciated that followers might be doing the opposite. Tango is hard, and we’re often hard on ourselves.

I’ve decided that the latter is going to be my default. Not because I have delusions of competence, and think I’m above a second beginner class each week, but because – right now, anyway – the improver class plus milonga is a good formula for me. The milonga is my reward for the work, keeping me motivated, and there are also things you can only learn when actually dancing rather than practicing in a class.

One thought on “‘Every step is improvised’”