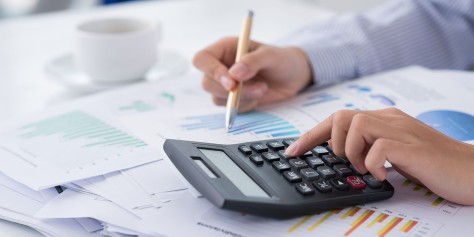 This week’s Tango Space theme is dissociation, and my week began as usual with the Monday beginner’s class followed by the improver’s one. The difference this week is that the 10-week cycle is starting again, so this time I’ve done everything in the beginner’s classes once before. I was hoping that would allow me to focus less on the ‘what’ and more on the ‘how’ …

That plan didn’t get off to the best of starts, simply because I wasn’t really feeling on form. Nothing major, just everything felt a bit flat, and I wasn’t inspired by the music in the first few songs.

But I gave myself a talking-to and it was quickly understood that I’d get whatever I could from the lessons, even if that was one improvement in one area.

The beginner’s class was working on the cross, which was definitely something where I needed practice. I could lead it, but not very confidently, so I haven’t yet used it in a milonga.

Unusually, for a beginner’s class, there was a lot of focus on technique. We spent a lot of time working in different ways on the dissociation needed, and only got to the actual cross right at the end.

But I thought that was great. It was the dissociation technique I really wanted to work on, and the lesson definitely paid dividends. I practiced it in the practica with one of my regular followers, and it was coming together. Still far from perfectly, but I think I will now be able to add it to my milonga repertoire.

But it was the improver’s class that was a revelation, in several ways.

First, I was chatting with a far more experienced dancer before the class. I was saying that I felt a bit of an interloper in the improver’s class. I want the technique focus, and working in close embrace, but struggle with the complexity of the figures. I also said that my technique suffers badly when I’m learning new steps.

She said both are just muscle memory. Figures and technique alike. I never did find my perfect practice partner, who would be happy to do a hundred repetitions of each new thing. But repeating the classes is just a slower version of that. Eventually it will come.

I also found myself relaxed about my mistakes, and there was a fair bit of laughter with my followers. That’s a very different Ben to the one in his first couple of months!

Second, I got to see that even some people in the improver’s class I know to be very good dancers were still struggling to some extent with basic technique issues. Federico was urging people to ‘project, push, collect’ as much as in any of the beginner’s classes. The problem I was describing earlier of technique getting lost when concentrating on something new isn’t unique to me, and isn’t just experienced at beginner level.

Third, when Federico and Julia introduced the figure they were using to practice dissociation, my heart sank: it was the same one I’d encountered in a previous improver class, and my brain had basically caught fire. Yet this time, after I asked them to demonstrate it in slow-motion, I was eventually able to get to grips with it. I mean, I was, by the end, still at the ‘just figured out the steps now let’s try to introduce some actual technique’ stage, but that’s in itself amazing given that before it was just a complicated blur.

And, ok, I actually did manage some degree of technique toward the very end. It wasn’t pretty, and I would slap a camera out of someone’s hand if they tried to video it, but there was like 7% technique present by the end.

I also had one amusing moment. After practicing with one follower, she said “I really admire …” and then I didn’t catch the rest. I asked her to repeat it, wondering was it my lead … my technique … my embrace … my improvement since last time we danced … Then she repeated: “I really admire your linen shirt.” Ah well. But hey, if my tailor gets me dances, I’ll take it …

I’m six months in to my tango journey, and that seems a good point at which to take stock.

By one measure, I’ve come a huge, huge distance. From zero to being able to lead an enjoyable, if simple, dance … for a fellow beginner.

By another measure – the standard I see in milongas – I’m almost nowhere. I watch people effortlessly do these amazing-looking things, and I can’t even tell you what they are doing. I mean, show me a slow-motion video and I could probably identify some of the elements, but that would be a bit like an L-driver examining some F1 footage and saying ‘Well, he’s braking here, and there he changes gear and accelerates, and here he steers right.’ I may be able to lead an enjoyable dance for a beginner, but not for an experienced dancer.

I’m kind of toying with the idea of setting myself a deadline of a year. Which would pretty much coincide with our Buenos Aires trip in November. If by then, I feel like I can dance, continue; otherwise, call it a fascinating experiment and move on to something else.

Of course, one problem is defining the ‘I can dance’ bit. Again, by one standard, I can dance now. By another, nope.

A second problem is that I’ve been told that’s half the time I should be allowing.

Finally, I had a conversation with Anne – of Pablo and Anne – where she told me a truth I think not often shared with beginners. She said that, for leaders, it takes two years to become good dancers. Obviously it’s a journey with no end, and any timeframe is an arbitrary one, but I think based on an understanding of what it is I want to achieve: have enough vocabulary to express the music the way I want to, and to be able to do so fluidly in a milonga. A point at which I’m not having to consciously think about steps or figuring out what the music is up to, but can focus on expression, my partner and fun!

But that’s two years of, let’s be honest, a vast amount of work with some smaller percentage of fun. What else could I be achieving with this much work over two years? What if I were instead putting the same amount of time and effort into a different, easier, form of dance? Or something else entirely, like video editing?

So from that perspective, a year feels like a reasonable time. Especially as my one year is probably a reasonable equivalent to a more typical two years. I’m taking three or four group classes a week, plus a decent amount of privates. I’m doing solo practice, religiously, five days a week. I’m listening to tango music all the time. I’m reading tango books and blogs. Going to tango workshops. Watching tango videos. When I do something, I do it properly.

So I think that’s where I’m at with it. A year of lessons, culminating in a trip to Buenos Aires. If I call it a day at that point, I’ve experienced a whole new world, been able to share in a part of Steph’s universe that was previously unknown to me, made some lovely new friends, and had a glorious adventure. But if I feel that I’ve reached a point where what I do in a milonga feels like dance, then I’ll stick with it.

Meantime, tomorrow is another lesson, and I’ll dance at least one tanda in the milonga, in which I pledge to lead a cross …

11 thoughts on “My six-month appraisal”